Another week, another pick to give us a chance to Blog Free or Die Hard.  But mostly the former.

Eddie is a laid-back guy who means well yet invariably chooses the worst possible option when it comes down to decision time.  This is in large part due to his gambling addiction, which drives his willingness to settle in other areas of his life as long as he can scrape together enough money to make his rounds at poker.  Although he could work for the family landscaping company, Eddie chooses instead to make some easy money as a parking attendant.

You know from the setup a change is going to come, and it takes the form of a duffel bag full of cash.  All Eddie has to do is babysit the bag while its owner serves a short prison sentence…but I think you know where this is going.  Despite stern advice from Keegan-Michael Key–in a serious-ish role as a friend from Gamblers Anonymous–Eddie decides to borrow just $500 in order to scratch his gambling itch.  It’s not long before $500 turns into $20,000 in debt. 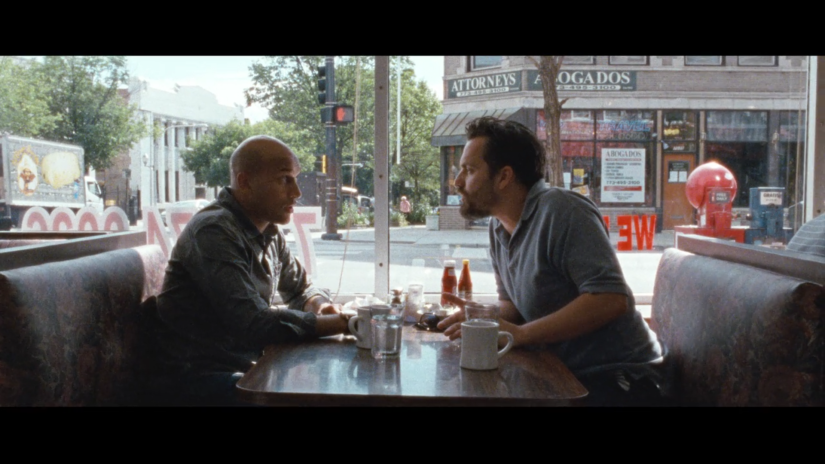 At this lowest of low points, Eddie finally decides to get his shit together and turn it around for real.  He agrees to work with his brother at the family business, and enjoys having a steady job and getting invested in the company’s success.

Meanwhile, his personal life is taking a turn for the better when he meets Eva, a nurse/single mother.  She meets with approval from Eddie’s family, but he has to earn some serious trust before he can meet Eva’s family.

Everything seems to be going well until Eddie gets a call from the owner of the duffel bag, who will be released from prison early.  Shit hits the fan for Eddie as the only options springing to mind for making money including borrowing from his brother, becoming a coke dealer, or–you guessed it–gambling.

Eh.  This is sort of bland, and while there’s nothing especially objectionable about Eddie, it was difficult for me to root for him.  Spoiler–this gets a fairly happy ending that doesn’t seem earned.  This was never going to be a gritty drama, but the tone is a bit too upbeat to talk about gambling addiction seriously, and I’m not sure Eddie really lost enough to change his ways for good.  I also felt Keegan-Michael Key was underutilized, but I would say that about a film in which he plays every goddamn character (which I would watch the fuck out of).

Oddly, this is the 2nd film I can tag “gambling problems are hilarious”–the other one being the horrendously awful Alex & Emma.  To be clear, this one is much better and shouldn’t be affiliated with that other film in any way.  Apologies to all involved in the making of this movie.

Would Christa (sorry/not sorry)…bet on this one?  Read her review here to find out!

Erna Writes
Willing Yourself To Win