Appropriately, we’re wrapping up more-or-less sophisticated scary month on Halloween with an extremely atmospheric haunted house story.  The title is truly excellent and the actress from my favorite adaptation of Jane Eyre stars.  Sometimes I feel the filmmakers have bugged my brain.

I Am the Pretty Thing That Lives in the House

Beginning with a suitably creepy narration, this film is atmospheric AF—no one really owns a house where a death happened; they’re just borrowing it from its ghosts.

Lilly is a nurse who tells us she is 28 but will never be 29.  She is a hospice nurse working for a new patient, Iris Blum.  Blum is a writer of classic horror novels in the style of Shirley Jackson.  Lilly has never read any of these, finding even a few pages much too scary for her tastes.

It’s honestly kind of a miracle Lilly has made it to 28 as a functioning adult as she seems to be afraid of virtually everything.  She’s really creeped out spending the first night alone with Ms. Blum and calls a friend for comfort.  I’m not sure when this is set, but the tv has an antenna, and the only phone option is a landline, which rather ominously flies out of her hand while she’s speaking.  There are also some mysterious thumps coming from upstairs.

When Ms. Blum wakes up in the middle of the night, Lilly puts her back to bed.  Confused, Ms. Blum refers to her as Polly, which Lilly shrugs off…until it happens again and again.  Who the actual fuck is Polly? she wonders, but probably with nicer, Midwestern language.

Lilly doesn’t expect Ms. Blum to live for long, but 11 months later, she’s still going strong.  The estate agent checks in to make sure all is well, and Lilly asks if the wall that has mysteriously sprouted mold could be fixed.  He’s not sure the estate will approve the expense, but he does helpfully explain the mystery of Polly, a character from Blum’s novel The Lady in the Walls.

The novel is notable for its lack of horrific ending—to stay true to the premise of Polly telling her story to the narrator, we never know exactly what happens to Polly.  However, it is hinted that she met a rather grisly end before staying even one night in the house with her husband in the 1800s.  Polly tells us she left the world the same way she entered it:  wearing nothing but blood (that line, man).

As Lilly learns more about Polly’s fate, she also begins seeing things to upset the pristine world she has created.  Dedicated to cleanliness, she almost always wears white, but marks begin to spread on her clothes and body like spots of mold.  Following the mold leads her to a box of letters that reveal a haunting truth.

Lilly does finally get a glimpse of Polly…but really wishes she hadn’t.

Atmosphere, people.  The filmmakers crush the hell out of the atmosphere on this one.  Coincidentally, I discovered the writer/director is none other than the son of Anthony Perkins, and he has the damning first name Osgood.  All coming together now, isn’t it?

But anyway, atmosphere check.  Creepiness check.  Gorgeous cinematography check.  However, what annoys me here is complete lack of explanation.  Any time it seems we’ll dive deeper into character motivations and backstories, we jump back out of the water immediately (to take the diving metaphor further than strictly necessary).  I know that’s the goddamn point of this ghost story—we are, after all, only borrowing the story.   But I still wanted to understand the characters much better than I did because I can sense they would have had fascinating backstories.

I saw a review about this film that said something about this being the most faithful adaptation of a Shirley Jackson novel without actually being based on a Shirley Jackson movie.  I could see that, especially considering Lilly’s voice as a narrator, and the masterful creation of suspense.  Very little happened, but I found myself holding my breath through most of the film.  All I know is I’m seriously ready for the film adaptation of We Have Always Lived in the Castle, ok?  Listening, Osgood Perkins?

Is Christa the Pretty Impressed Thing That Lives in the House or the Pretty Nonplussed?  Find out in her review here!

*Stolen from an article on The Toast

Second week of Sci-Fi/Fantasy-a-Thon with Christa!

This week I picked The Machine.

True story:  I am having such a Monday that I was finished with this post by 4:00 PM EST but forgot to post until now.

I’m warning you now that this post is largely me freaking out about Toby Stephens, but if you can’t appreciate the man who is the closest living embodiment of Mr. Rochester, you are not welcome on this blog (yes, you are. Mostly).

Soooooooooooooo at an unspecified time in the future there’s a cold war between the UK and China. Probably the US as well b/c we really don’t like to be left out of that kind of thing. Just as in the earlier cold war, the two chief weapons are fear, espionage, and cyborgs. Three. Our three chief weapons are fear, espionage, and cyborgs. Apparently whoever builds the most badass cyborg wins the war and everyone can go home.

Toby Stephens, god love him, is just way too committed to scientific research to live in a time of war. He’s helping develop a self-aware cyborg, but he doesn’t want it to be a robot Nazi superweapon. We get our first glimpse of Rochester Vincent working on Paul, one of his experiments. Paul wakes up to a gentle hand on his shoulder and Toby Stephens asking, “Hello, do you know your name?”

Paul is a man who was shot in the head and has gotten a cyborg brain implant. Rochester VINCENT is giving him cyborg awareness tests involving empathy when Paul gives him a hug…and a stab in the chest!

Like any good movie scientist, being stabbed just motivates him even MORE. Somewhat unethically, Vincent makes up a fake grant so he can recruit people with the most promising cyborgs. Basically everyone sucks except for blonde young American Ava. Weird that I don’t want him to hook up with blondie largely b/of blonde Blanche in the 2006 Jane Eyre?

Also Jarndyce from Bleak House is his boss; I think I need to drop everything and marathon Jane Eyre/Bleak House. If I started now I could be done by…10 am tomorrow morning.

Vincent doesn’t really care that much about cyborgs, honestly, but he thinks the technology can help his daughter with a rare genetic disorder. He and Ava make some progress until suddenly the Chinese assassinate her, which Jarndyce may have participated in.

So Vincent decides to make a robot version of Ava even though she didn’t want her face to be used in any of the cyborg inventions. IDK, I wouldn’t really have a problem with my face being used on assassin robots when I’m dead.

Welllllllllll, until they decide to fuck with her emotions and put a spider jar over her face. Also they have a dude in a clown mask approach her and she fucking kills him, DUH. For some reason Vincent is surprised/upset that she killed the fucker in a clown mask. SHE’S MORE HUMAN THAN ANY OF YOU. THIS IS LIKE BATTLESTAR GALACTICA ALL OVER AGAIN.

At this point, the plot takes a sinister turn as Jarndyce manipulates Ava and Vincent in order to create a perfect killing machine.

That’s all I will say because at some point between Toby Stephens scenes, I realized I was actually enjoying this one quite a bit. There were times when the plot could’ve been more fast-paced, and the action scenes were kind of terrible. Honestly, I thought this was just going to be another bad cyborg flick, but it was reasonably interesting and…thought-provoking even?

5.  After Ava goes exploring in the top-secret military base, Toby Stephens tells her not to get “lost” again: “There are a lot of secrets down here in the dark, and I don’t want you to get hurt.” This is practically verbatim what Rochester tells Jane EVERY TIME she has a fucking question.

4.  Any time he says the word “fuck.” I know Mr. Rochester never actually said the word fuck in Brontë’s final draft (those damn censors, man), but I suspect he would really understand and appreciate the value of yelling the word “fuck.”

3. When Ava the cyborg does a fucking naked dance in front of him and he’s just kind of like “eh.” It’s Bertha Mason all over again. YOU’RE KILLING HER WITH YOUR INDIFFERENCE.

2.  Vincent to Ava: “Some people can’t give up hope even though deep down they know it’s hopeless.” THAT IS ON THE ROCHESTER FAMILY FUCKING CREST, I SWEAR TO GOD. Along with “Any suspicious thud you hear is a drunk old woman, NOT a crazy wife secretly living in the attic. Unless you have written documentation.”

1.  Every time he looks moodily at a wall or out a window (in terms of screen time, probably at least 1/3 of this movie).

Robots + Mr. Rochester. I feel angels crafted this movie from my dreams.

See what Christa thinks in her review here!

Thanks to Hayley of A Stitch to Scratch for nominating me for the One Lovely Blog Award! She has a pretty lovely blog herself, which you should absolutely check out. One of my favorite parts of participating in Blogging 101 was coming across her blog and many other fabulous blogs!

If you Google “fdr badass shitting,” one of your search results will be my blog…so it should be obvious that this is an award-worthy blog.

In all honesty, I really do appreciate the acknowledgment and promise to refrain from (too much) self-deprecation in this post. 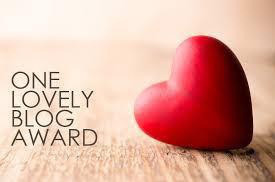 The rules for the One Lovely Blog Award:

7 Facts You Never Knew You Wanted to Know About Me

Blogs I Think Are Lovely

Some of you have already been nominated for this award, but I wanted to give you a little shout-out anyway.  Sorry I couldn’t think of a 15th nominee:

Feel free to participate or not!  I’ll still be your blogging neighbor either way.  FOREVER.  [insert ominous organ music here]