We often escape from reality on the Blog Collab with terrible horror, bad sci-fi, and cheesy rom-coms. Not so this month, which brings us biopics and true stories grounded wholly in reality. Well…as real as the life of a rock star can be.

The rise and fall (and rise?) of Mötley Crüe is recounted as the rock band contends with drug use, banging each other’s girlfriends, and the most rock ‘n roll problem of all: artistic differences.

Our narrator sets the tone accurately here by claiming the ’80s are the worst decade of all time: stirring up shallow outrage, using glib humor rather irritatingly, and managing to come off with a smug superiority. Oh, you wanted a glowing review reaffirming that rock lives forever? Sorry to break it to you, but nostalgia’s dead. Lucky for us, we’re going to get insightful narration from all 4 major members of the band. Nikki Sixx (aka Lord Byron from the biopic Mary Shelley–this actor definitely has a type), founder of the band, grows up constantly fighting with a mother who blames him for driving his father away. At a fairly young age, Nikki decides he’s had enough of this situation and slices his arm open in rage, making accusations against his mother to guarantee he’ll be taken into foster care.

Tommy Lee, in contrast, has supportive parents who just sort of shrug when he raids his sister’s wardrobe. A mega fan of rock music, Tommy meets Nikki after a show that erupts in a massive fight. With his trusty drumsticks at the ready, Tommy convinces Nikki to make him the drummer in a new band just getting started. 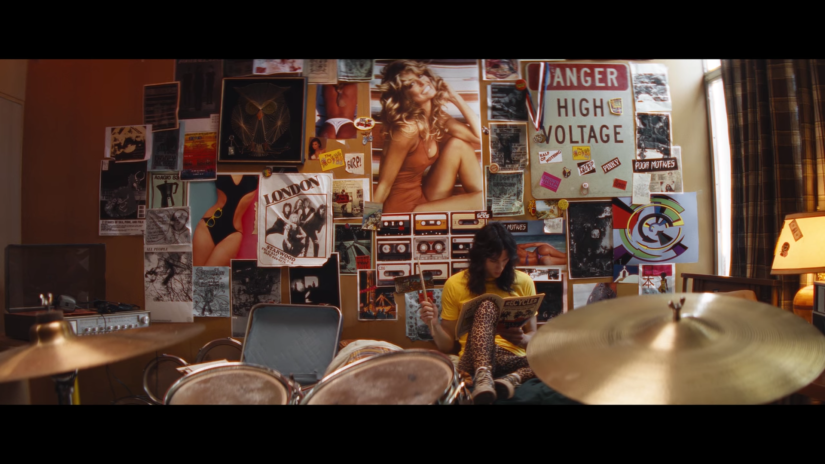 Enter Mick Mars, advertising himself in the papers as a rude, aggressive guitarist. A few years older than his band mates and suffering from a degenerative bone disorder, Mick takes no shit from the kiddos in the band.

As the band is still missing a lead singer, Tommy suggests his old high school buddy Vince Neil. Nikki and Mick aren’t particularly thrilled with his vibe, but since our dude is charismatic AF, they decide to give him a chance. 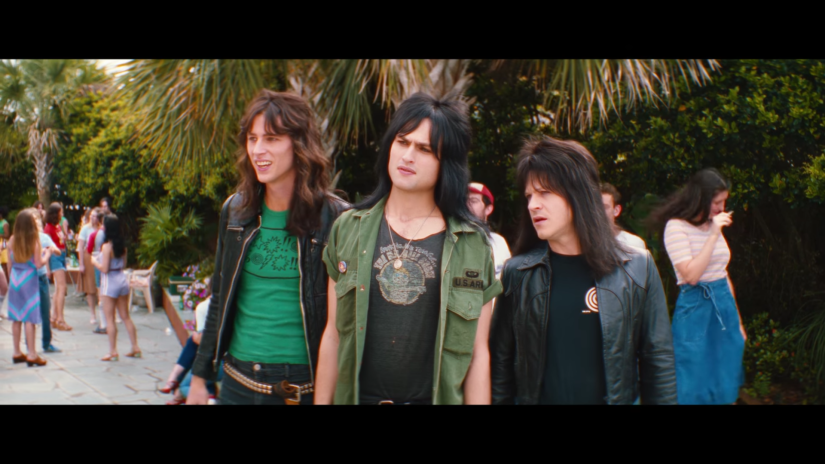 After throwing around a few truly terrible band names, the group quickly decides on the name Mötley Crüe. In the spirit of rock ‘n roll, a massive fight between the band and audience erupts at their first gig. However, their unrestrained music and attitude gains them a loyal following, and it’s not long before they are signed with a record label and have their own manager.

Their career gets an additional boost when the band goes on tour with Ozzy, who I learned was once blonde and did things like lick his own piss off the ground (the blonde thing surprised me more, TBH).

Am I forgetting something? Oh, right–the massive amount of partying, drugs, and sleeping around that happens throughout. Everyone seems to be sleeping with everyone else’s girlfriend, but the band is typically too fucked up to give a shit. 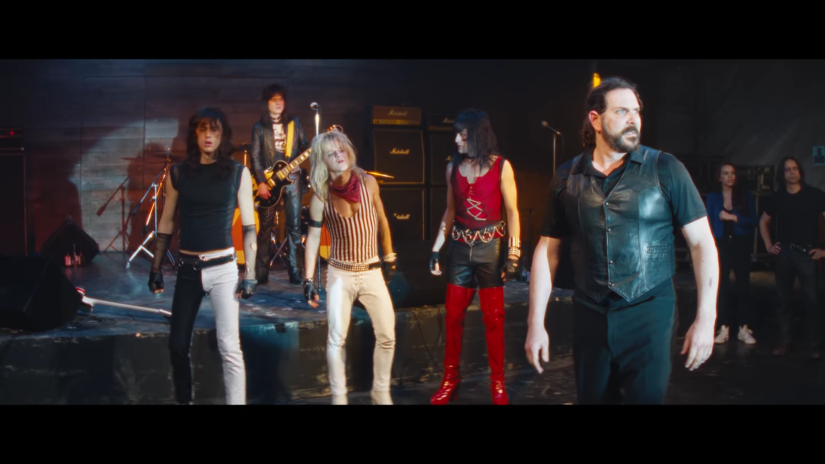 Perhaps unsurprisingly, the band’s carefree days are numbered. When Vince causes an accident while driving under the influence, passenger and fellow rocker Razzle dies, while the passengers of the other car are seriously injured. After serving just 19 days in prison(!????!?!?!?), Vince is released on the condition he stay sober. When everyone around you is shooting up heroin and chugging hard liquor, this is a rather challenging task.

Meanwhile, Tommy is marrying actress Heather Locklear. Nikki, serving as best man, arrives at the wedding high out of his mind. He later overdoses and is reported dead. After immediately shooting up a bunch of heroin (again), Nikki realizes he needs to get sober. However, sober Nikki = perfectionist asshole Nikki, and a falling out means Vince is leaving the band.

Soon after, Vince is hit with the devastating news that his young daughter has cancer. The band is dropped by the label, seeming to end the Crüe’s run. Can anything get the band back together?

I have admittedly never coveted the rock star lifestyle, but I would hope with a music biopic I would learn something about the band that’s interesting or informs my understanding of the music. Wow–Mötley Crüe really leaned into their rock star image Color me surprised. While I did find the story of Vince’s daughter upsetting, overall this film feels like a very surface-level examination of the band rather than offering much to reflect on.

There’s also so much unnecessary narration and breaking of the 4th wall that the film frequently feels like an unholy union of Scrubs and The Office. We get it: talking directly to the camera means you’re aware of the absurdity of your own experiences. So impressive.

All of this being said, our 4 leads are great. Their distinct personalities come across even when the characters all have the same haircut. And the charisma, the sense of fun, and the dedication to rock are very much there in the approach to the roles. I just have very little patience for watching so many men run around as giant man babies for most (if not all) of their lives.

Would my blog wife tie the knot without a prenup or fire this one before it can quit? Read her review here to find out!

Voted most likely to ruin her brain with junk films. View all posts by jilliansheilas